It’s kind of interesting what my most popular posts were in 2014 … Some of them I expected but others, I had no idea they were going to be as popular as they were.

The #1 viewed post on my blog was, “My Dirty Little Secret: Depression“

#2 was “15 Things You Should Never Say To A Female Gamer” – If I counted other platforms, this would be my most popular post, remember how it was on the front page of BuzzFeed and reblogged by Wil Weaton?!? ((I still fangirl about that.)) 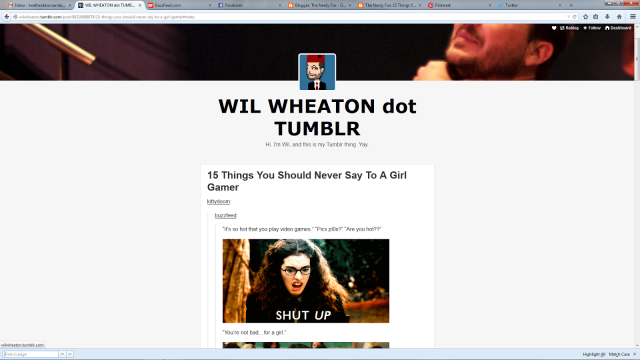 and #3 was “How To Compliment A Cosplayer“ 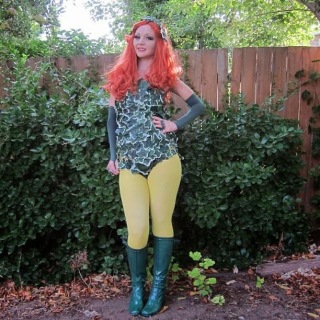 What were your favorite posts from 2014?? Let me know in comments!

Sexism in video games is something that gets me really fired up, as it does with a lot of people, but I think I’m weird about it. While the video game culture is very much still in the dark ages when it comes to women, I think that female gamers are getting all worked up over stupid things. Here are the things that are really bugging me.

1. “Ugh. I just want to wear something that isn’t bikini armor!”
While I don’t always want to wear bikini armor, I don’t really care either way. Does it have better stats? Yes? Then does it really matter? Nope.  I mean, I know that people like to RP and I know that they get all worked up because they’re being over-sexualized, but… If you were playing a male character and he was all abs and muscles with little armor and looked like Thor, would you be complaining?  Or is it really just a double standard that you have?

3. “I don’t use voicechat because I hate how guys talk to me.”
First of all, guys suck when it comes to this… but until more female gamers start using voice chat and start putting their foot down about what is and isn’t acceptable to say to them, it’s just going to keep being bad. I use voice chat, I’ve been treated like crap… but, I can also smack talk with the best of them. If you can shut a guy up with some good ol’ fashion smack talk, they generally respect you a bit more. I’ve found that going into it with a dude mentality, they’re going to treat you like one of the guys. Maybe this one is more of a personal issue and not everyone is going to agree with me on it, but it has worked for me and I have little to no problems with being harassed in voice chat now.

Do you have any issues with Geek Feminism? Let me know below!
Support my loot crate addiction!

Gamescom in Colonge is going on right now…

Games that I’m super excited about!

Games on XB1:
Rise of the Tomb Raider

What games are you looking forward to?
Support my loot crate addiction!

I was joking around the other day with a friend about things that gamers never say. This is the list that we came up with.

1.       “I’m so glad this game has a tutorial!” With how dumbed down tutorials are now, there is nothing worse than a tutorial.

9.       “I don’t know what you’re talking about; gender politics in gaming is very balanced.”

18.   “MOBA and FPS players are the nicest people to interact with.”

What do never find yourself actually saying?

Question: I don’t understand what these guys are saying to me in my game! Can you explain common gamer terminology?? *
*the question was a bit more long-winded than that … but I decided to summarize it for you. 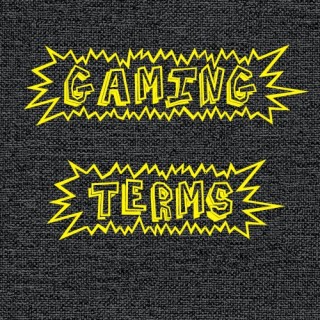 Easter Eggs: these are hidden features like new characters or secret levels. (i.e. the cow level in Diablo II or the whimsyshire in Diablo III)
Grinding: This is basically performing a certain element of the game. “Grinding levels” means that they are just working at leveling their character up through quests, fighting monsters, etc.
Clan/Guild: It’s a group of players that form a team in the game. You play with them and if you don’t like that group, you find another one.
Camper:  This is used in online shooters to refer to people who  stay in one spot rather than moving around the map. It’s highly frowned upon.
K/D: Kill/Death ratio. You’re ranked on how many kills versus how many deaths. You want a high kill number and a low death number.
Ping: This is the time in milliseconds it takes for information to travel to the server and back. The lower the number the better.
Lag: If your ping is too high then you may experience lag. This is when your real-life actions take too long to translate to the actions on screen, making a game virtually unplayable. It is also a term used when you suck and you just don’t want to admit that you suck.
Nerf: to reduce abilities and/or effectiveness in battle.
Toon: Cartoon or character.
Twink: A low-level character wearing gear far superior to what they could afford on their own. Usually this is an alt character.
Buffs: Spells that enhance strength, power, etc.
Main: Your highest level, most played, or first character.
Alt: Alternate character.
Farm:  Staying in one area, killing the same mob over and over and over again for xp and/or loots.
-Common Chat-
AFK: Away from keyboard
BIO: you’re taking a potty break
BRB: Be right back
Ding!: Basically you’re telling everyone that you’ve leveled up! Good job.
DC: Disconnected from server
FTW!: For the win!
Gratz: Congratulations.
IAMF: It’s all my fault
LC: Lost Connection
Noob: A newbie. A player who is new or a player that really sucks.
PUG: Pick-up group
Pwned: Owned
RL: real life
STFU: Shut the f*%k up.
WTB: Want to buy
WTG: Way to go!
WTS: Want to sell
WTT: Want to trade
Woot!:  Hooray! It’s used to express joy.
ZOMG:  it means the same thing as OMG but with more excitement
-Game Play-
Adds: additional monster … kill it.
Agro: The agro is the monsters attention.
AOE: Area of effect
DLC: Downloadable Content (maps, characters, costumes, etc)
DoT: Damage over time.
DPS: Damage per second.
FPS: First Person Shooter
HoT: Heal over time
MMORPG: Massively Multiplayer Online Role-Playing Game.
Mob: A dangerous monster. Kill it.
Nerf: to reduce abilities and/or effectiveness in battle.
NPC: Non-Player Character
PvP: Player versus Player
Toon: Cartoon or character
-Roles-
Tank: Heavily armored fighting class such as warriors and paladins. They hold the agro.
DPS: Melee, ranged, caster classes that do damage.
Melee:  (pronounced may-lay) Combat involving non-projectile battle, particularly with fists, club, etc.
Ranged: They have the ability to stand back and do damage on the mob.
Caster: Magical spell-casting classes such as mages, wizards, shamans, etc.
Healers:  The class that heals the other classes. Keep the monsters off the healer. If the healer is dead, you’re dead.
Rezzers: Classes that can rez (resurrect) the dead.

Let’s just talk for a second about some silly games that are getting crowd-funded.

https://www.indiegogo.com/project/rock-simulator-2014/embedded
“For a long time, there has been one game missing from the market, a genuine rock simulator. I am here for you today to introduce you to Rock Simulator 2014.”

In case you’ve always wondered what it’d be like to be a rock. If you fund a certain dollar amount they’ll send you a REAL rock!

And then there is:

Hey you! Yes you! Man in the blue sweater, Lady with the pink shoes, Little boy with your pet goat.
Have you waited all your life for a game that brings plot and gameplay together?
Well we have the game for you, With full realistic grass physics, beautiful sky-boxes, Cows?!
Grass Simulator is the game of the next generation, Here are the awesome things possible in Grass Simulator.
– Grass
– Dynamic Grass Graphics
– Realistic Weather
– Wonderful Environment
– Cows?!
– More Grass


Guys, people are playing real dollars to fund these games. Let me say that again, people, human beings are paying real money to make these games a reality…

Let that sink in for a moment.

Why not put that money to cool games like:

Timespinner
“Timespinner is a 2D Metroidvania Platformer for PC, Mac OS X, and Linux. At its heart, the game is a child of the great pixelated classics of the SNES and PS1 age. From the rich story worlds of Star Ocean, the expansive gothic castle exploration in Castlevania, and the tight gameplay of Megaman X, Timespinner seeks to weave all of these elements into one amazing game.”

Together: Amna & Saif
“The core of Together is interdependence. Everything requires two players, working together.  Designing co-op from the ground up we are able to explore and do things that would otherwise be impossible.
Every aspect of the game is designed for player interaction. To progress you have to think about what is best for each other, not just yourself. Together highlights the benefits that gaming can have on a relationship. It goes beyond having a conversation or doing something together. Interdependence is a key quality in a rewarding and successful relationship and Together allows you to experience and practice it in a tangible way. “

I just want to see some potentially awesome games get crowd-funding and these … “simulator” games to be over with.

What do you think of these silly simulator games becoming a reality?

I have two little ones. They’re 3 and (almost) 7. They both have their own tablets. We’ve gone through and had to try and figure out what apps are appropriate and which are not. I had a reader ask me what games and apps are kid appropriate and so I’ve decided that I’ll make a couple of different lists for my readers!

These are all games that I’ve downloaded and played MYSELF before letting my children play them. I highly suggest that parents reading this do the same before letting their children blindly play video games.

These are all free apps that my children love to play: 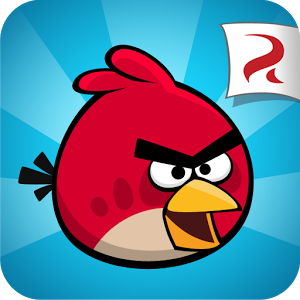 – This includes the Star Wars, Space and just about every Angry Birds game. My 3 year old loves Bad Piggies (Some of the Angry Birds games aren’t free. However their are free versions of them!)

– This is a simple dot matching game that even I enjoy playing!

– You have to rebuild Ponyville and it has fun little mini-games. 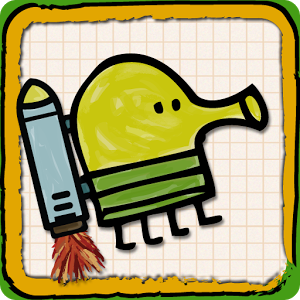 – You cut fruit and try to not slice the bombs! 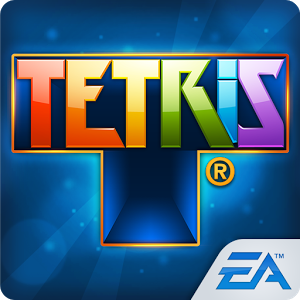 -Yes. Tetris. I don’t feel like I need to explain this one at all. Yay tetris! 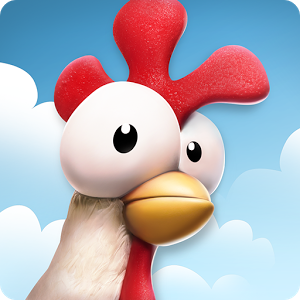 – A farming game where you collect eggs/crops/milk etc and sell it to the locals and/or use it in recipes.

– Another matching game that everyone is obsessed with.

– This game is considered an “action” game but you’re basically just running from the temple and swipe to avoid falling off the edge.

What app games do your children love?

A Girl & Her Geekery
Create a free website or blog at WordPress.com.